The water and the buildings – a solved problem? 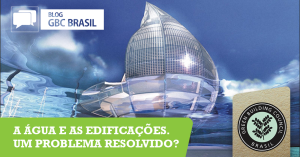 The water and the buildings – a solved problem?

The relationship between water and human being has always been a matter of life or death. Throughout human history water has always played a strategic role in the development. For the same reason human civilization arose in the Fertile Crescent, a small region along the rivers Tigers, Euphrates and Nile in ancient Mesopotamia. A constant for the survival of civilizations, the water in ancient times was essential as their availability. Thus we see the engineering innovations that have thousands of years to ensure their access, as did the Roman Empire with the construction of huge aqueducts bringing water to its urban centers or Indian baolis, monumental semi-artesian wells. The lack of water could be catastrophic and it is no wonder that today we Brazilians, so far, we have in our imagination the main European water sources (Thames-London-Paris Seine, Tagus, Lisbon, Vienna-Danube).