The Air Quality in Classrooms is Being Overlooked? 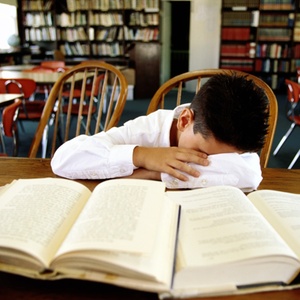 The Air Quality in Classrooms is Being Overlooked?

The IAQ in commercial buildings has received press attention lately, especially after the death of the former Minister of Communications Sergio Motta and the subsequent publication of Ordinance 3523 by the Ministry of Health on 28 August 1998. Several laws and technical standards have been published in Brazil since then, as well as inspections and monitoring by health workers, labor and professional bodies advice on air conditioning systems.

The “World Green Building Council” issued a major report in September last year, “Health, Wellbeing and Productivity in Offices: The next chapter is green building” (health, well-being and productivity in offices: The next chapter for building green), which has generated more interest in the real estate and construction industry. However, it can be argued that they are schools, along with health care, which have major implications when it comes to the difference between good and bad performance IAQ.

Students spend about 4-5 hours per day, five days a week, 40 weeks a year for about 13 years in classrooms. The performance of these spaces is very important for the development of students.  VENTILAÇÃO and CO2 Resolution 09 of January 16, 2003 ANVISA – National Agency of Sanitary Vigilance, as well as other international bodies, recommends a maximum of 1,000 parts per million (ppm) of CO2 for indoor environments. Inadequate ventilation causes CO2 and indoor air contaminants accumulate in occupied spaces. In a large number of schools, carbon dioxide levels (an indicator of ventilation efficiency) are 3,000 ppm.

This is usually in occupied rooms, often in the summer season when the classrooms are closed with air conditioning and  obviamente are without adequate ventilation. These levels suitable for commercial offices are taken into consideration to help in concentration, strategy, performance and employee productivity. In fact, the 2012 study called “CO2 is a pollutant inside? direct effects of low to moderate concentrations of CO2 in the human performance of decision making, “Satish et al found that when levels increased from 600 ppm to 1,000 ppm and 2,500 ppm, there were statistically significant reductions in performance in office; in some cases job performance came to be classified as “dysfunctional” when in 2,500 ppm levels.    

Although addition, students are exposed to carbon dioxide levels exceeding 3,000 ppm and then tell them they need to improve the focus, attention and notes so that they can compete with other international students in literacy and other standards . Data compiled by the Wisconsin Department of Health Services, OSHA, NIOSH and ACGIH, US authorities indicated that a level of 1,000 ppm “indicates improper ventilation, complaints such as headache, fatigue and irritation of the eyes and throat become more generalized; the level of 1,000 ppm should be used as a threshold in the internal levels “and levels between 2,000 and 5,000  ppm are” … associated with headaches, drowsiness and stuffy air, heavy static. Lack of concentration, loss of attention , increased heart rate and slight nausea may also be present.

” The authors of the study “CO2 is a pollutant inside? direct effects of low to moderate concentrations of CO2 in the human performance of decision-making “also argue that the effect of 2500 ppm carbon dioxide equivalent approximately to a concentration of 0.08 blood alcohol – above the 0.05 limit for vehicle driving. So what are the characteristic levels of CO2 in the classrooms? A 2002 study of 120 classrooms in Texas showed that 88% of classrooms had up to 1,000 ppm levels and, alarmingly, 21% of classrooms were with above 3,000 ppm levels. Another study of the Technical University of Denmark, shows student performance gains at 14.5% in environments with good air quality. This is what a student is able to learn in 06 years what he would learn in 07. Not to be good at math to see financial gain for a country with investments that subject.  

A reality shows increasingly classrooms with more students and less space and reduced windows, cause this saturated environment.  Compostos Volatile Organic An additional consequence of inadequate ventilation is the accumulation of other contaminants from indoor air and volatile organic compounds – VOCs, including formaldehyde. VOCs can be found in various construction and maintenance products used in classrooms, including carpets, vinyl, paints, sealants, plastics, wood products, furniture, electronics, cleaning agents and many others. The toxicity of VOCs varies. Many are known to those  para significant health effects: it is known that some are irritating and others cause cancer (carcinogenic), mutations, and other undesirable effects. Outdoors, VOCs can be dispersed easily before they cause damage to health, but indoors with poor ventilation, such as a classroom, VOCs can accumulate and create health hazard. In addition to significant health effects, a team from the University of California, Berkeley, led by Bill Fisk found cognitive decline (impaired reasoning) related to exposure to VOCs at levels typical of an office that had been renovated last year.

Many schools in Australia who had problems before and after reduced problems associated with VOCs, through a stronger focus on the material selection and management of IAQ. CONTAMINANTS microbial Another major problem is the indoor air ability to spread bacterial  e viral infections, and mold to grow a special contributing factor. There is an increasing incidence of chronic health conditions such as asthma, viruses. allergies and other sensitivities. Asthma is the leading cause of absences in schools among children in the United States.  Um study in 2003 showed that the effects on schools contaminated by mold in the United States include significant immediate allergic reactions in students and teachers. In addition, more than two years after exposure, many of these students and teachers continued to have reactions that were not present before exposure.

This has significant implications for schools with climate warming and the increase in infiltration rate, associated with floods and water leaks. The risk of problems with mold in classrooms tends to increase and will bring consequences for the health of children in schools.  Este is a global problem. A new World Health Organization report showed that domestic environments of low quality in schools is a major problem in many countries in the European region, with problems including airless and stuffy environment, moisture and mold, uncomfortable temperatures and toilets malfunction . Although the report states that the high-income countries have policies to improve indoor air quality in schools, including standards for ventilation, poor quality ventilation and stuffy air in classrooms, especially during the colder seasons, still to be a problem common to all.

This has had negative effects on respiratory health, absenteeism, academic performance and student welfare. Exposure to mold and moisture is also common in some countries, while improving sanitation and hygiene in schools remains a challenge in developing countries. Poor infrastructure and inadequate maintenance of the facilities are the reasons behind the low student satisfaction with health and hygiene facilities and the limited use they make  deles. There are important environmental problems in schools, which are essentially neglected. The persons responsible for decision-making should  analisar the evidence and make sure that the existing standards and regulations are implemented. Recently, the city of Santos / SP, bid the purchase of 3,000 Split type air conditioners for local schools. Despite being an action in order to bring comfort to students and teachers, it is a catastrophe in relation to indoor air quality. This air conditioner, Split, is only for use in residential environments.

For use in non-residential environments, adaptations must be made as an efficient filter system and air exchange, which  permitam the environment does not have saturated air. Conventional Split unit does not have proper filtration and even air renewal. Unfortunately me our country this type of equipment has been used in non-residential applications in large scale and represents more than 90% of air conditioner sales in Brazil. This results in different environments with irregular facilities outside of technical standards and Brazilian legislation. An Air Quality Program in Schools should be in the country’s development agenda, especially when the government wants to be an EDUCATOR HOMELAND.